Cooking with the 8a 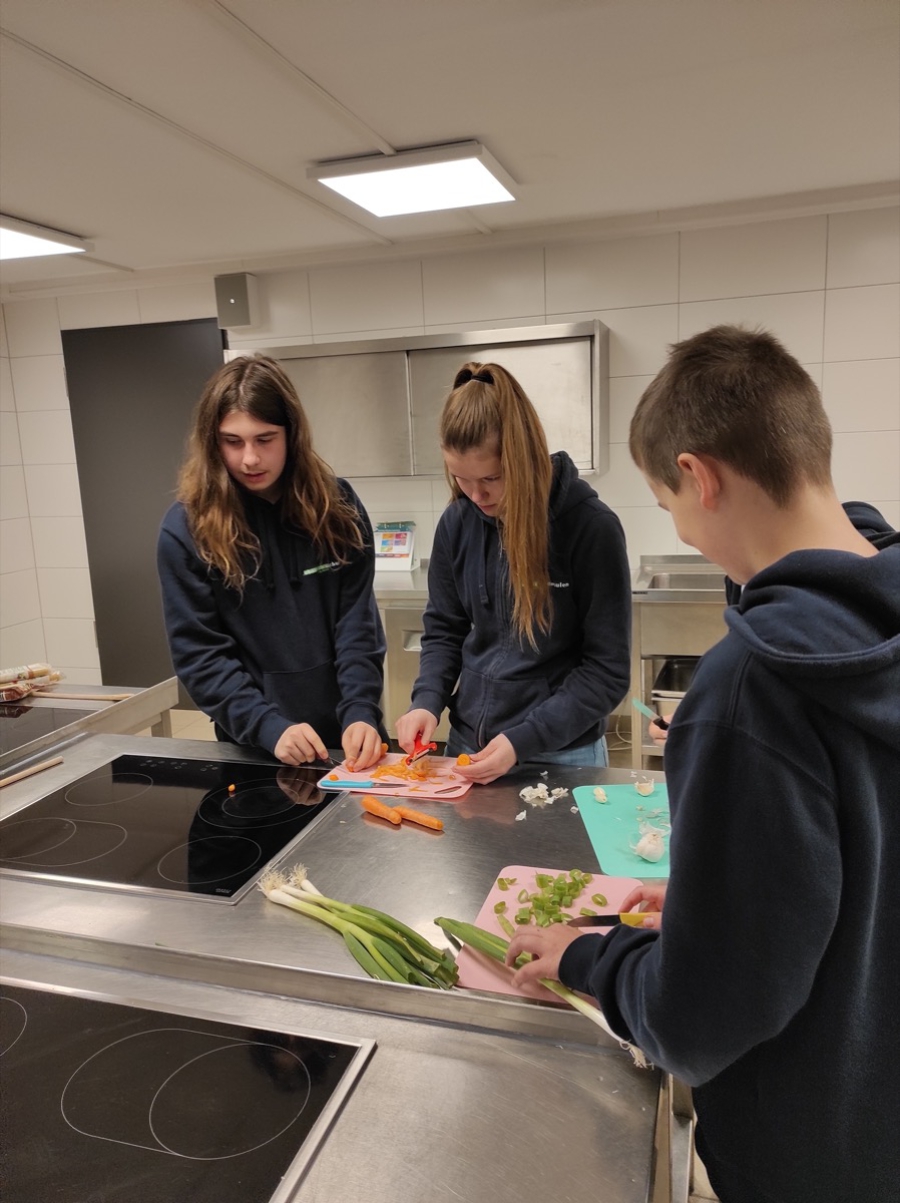 On November 16, we went cooking in our English class.

We split into two different groups. One of the groups was making spaghetti and the other group was making chicken curry. I was one of the people who made chicken curry, so I will write about that.
If I'm being honest, I thought it would end in a total disaster. But it didn't, it went perfectly fine. Well, almost, one silly boy called Sören from the spaghgetti group was chopping onions and cut himself in the finger.

It wasn't easy to cook with 16 people in one kitchen but all the effort was worth it. It was really delicious, even though we had some trouble. The knives for example, they weren't sharp, and because of that we had trouble cutting the ingredients.

But even though we had troubles, it still went really well. The curry was so delicious, everyone wanted some and there was nothing left.

On the 16th of November, we went cooking in our school kitchen. Our English teacher, Mrs Buhr, and our class brought the different ingredients fort he two dishes we cooked. We made a chicken curry and spaghetti with tomato sauce. Our class was divided into two groups. One for the chicken curry and the other group made spaghetti. I was in the second group.

Every student brought one or more ingredients. One or two of my classmates cut the onions and the garlic. Two or four made the sauce. We cut the onions and the garlic and fried them in a pan. Our eyes were tearing. Then we added chopped tomatoes and spices. The others boiled the spaghetti. It took a long time to bring the water to a boil. While we were cooking, we listened to Christmas songs and sang along with it. The boys didn't like it that much but the boys liked it.

When we were done cooking we all tried the dishes and said it was delicious. Then we put some spaghetti and tomato sauce on a plate and gave it to Mr Hoffmann.

Aktuelle Seite: Startseite > Aktuelles > Cooking with the 8a